When we think of pens, we automatically assume an ink-based tool that’s only used for drawing or writing. However, the word “pen” gets a whole new meaning when you add “tactical” in front of it. With that being said… what is a tactical pen?

The tactical pen is a self-defense weapon that looks like an ordinary pen, but it’s made of aluminum, steel or titanium.

However, tactical pens are larger and heavier (although still compact) than regular pens and most of them even come with ink cartridges so you can use them for writing.

The idea behind these self-defense tools is that they can be carried in everyday life situations without drawing unwanted attention due to their innocent appearance.

And in theory, anyone should be able to use a tactical pen as a self-defense weapon, although you’d still need some sort of training in order to properly one in dire situations.

What is a Tactical Pen Used For?

Tactical pens are used for self-defense purposes, although models equipped with ink cartridges can also be used for writing and drawing.

Generally speaking though, survival enthusiasts and self-defense conscious individuals alike use tactical pens as weapons in the presence of a threat.

These special “pens” are generally preferred by people who don’t want to carry guns, knives or other obvious and very dangerous weapons.

Not that a tactical pen cannot be dangerous, it’s just that it’s more concealed and it’s more likely to under the radar of an attacker or even security guards if you’re entering a club.

How to Use a Tactical Pen?

You can use a tactical pen either in an underhand or overhand grip – whichever you prefer really.

The goal will depend on the situation, for example:

If someone attacks you then you’d want to be as aggressive as possible and use your tactical pen as a puncture tool to inflict damage on your assailant.

And if you’re trying to break a car window, just aim for any of the corners of the window as that’s the easiest way to break the glass.

In Dire Situations – Consider the Most Vulnerable Areas of the Face!

If your life is in danger then you’d want to target really vulnerable targets of your attacker’s face, such as:

Other body targets that you can go fo to inflict maximum damage include:

Please note that targeting these areas can lead to serious injuries, especially if you’re targeting their eyes!

Thus, only resort to targeting their eyes, throat etc. if your life and wellbeing are in danger.

Basically, it’s not worth risking killing someone (or getting killed) for a couple of bucks or any material possessions for that matter.

What Are Tactical Pens Made of?

Most tactical pens are made either of aluminum, steel or a combination of both of them.

However, there are variations in the materials used for the different parts of a tactical pen – here are a few examples:

Some tactical pens can even include extras such as a light, blade, multi-tool, whistle or cardboard case. 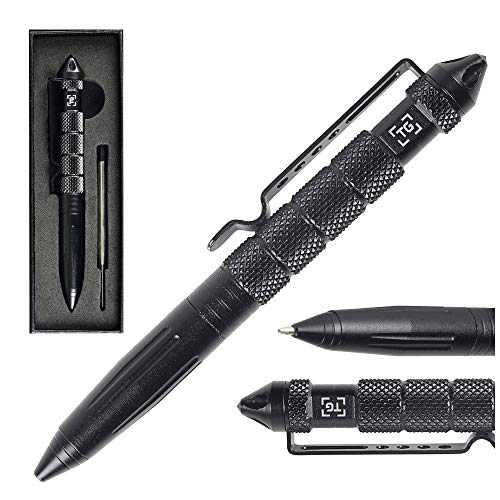 What are the Benefits of Carrying a Tactical Pen?

These are the primary benefits associated with carrying a tactical pen:

As you can see, spending a handful of bucks on a tactical pen is definitely worth it.

It’s always there in your pocket if you need it, but it won’t draw any unwanted attention as you won’t have to wear a gun holster.

Can a Tactical Pen Kill?

Yes, you can accidentally (or not) kill someone with a tactical pen, although that’s not that easy to achieve.

The most lethal target is arguably the neck area since there are several major blood vessels there, as well as the larynx that’s also a very vulnerable target.

Thus, you can definitely kill someone if you stab them with a tactical pen in the carotid artery that goes through the neck.

Puncturing the carotid artery will lead to death in any case because even if you apply enough pressure on it to stop the bleeding you’ll prevent blood from reaching the brain!

However, you’ll have to apply quite a bit of force to puncture this artery and above all, you have to incredibly accurate in order to deliver a deadly wound. 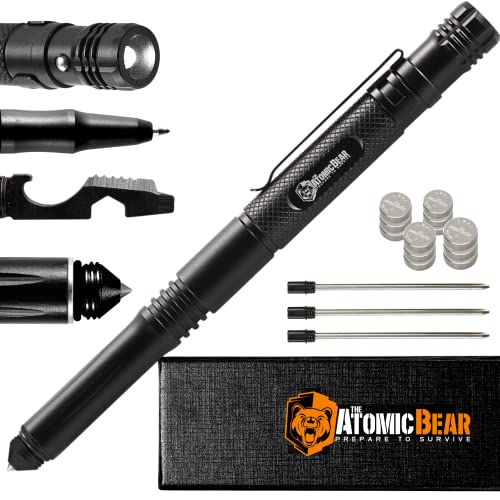 Are Tactical Pens Allowed on Planes?

Only if your tactical pen is in your checked-in baggage, otherwise no.

If TSA (Transportation Security Administration) agents find the tactical pen after you’ve already checked-in your bag, then they can confiscate it.

According to TSA’s guidelines for martial arts weapons (a tactical pen can be considered one), you are only allowed to take them if they’re in the checked-in luggage (1).

This way, your tactical pen or martial arts weapon will be out of your reach and you won’t be able to do anything crazy with it once you’re on the plane.

Regardless, among all self-defense weapons out there, the tactical pen is certainly the one that’s most likely to be let through by security personnel as it looks identically to a normal pen.

But if you insist on carrying your tactical pen with you on board, then here’s a neat trick that you can try:

Get a few regular pens, mix them up with your tactical one and put them in your carry-on bag before you go through the security checks.

However, as a general rule of thumb – just carry your tactical pen in your checked-in luggage to avoid any unnecessary hassle with TSA agents.

Is a Tactical Pen Considered a Weapon?

Although you can technically kill someone using this sort of “special” pen, it’s not that easy and definitely way harder than if you’re using a knife or a gun.

However, while knives and guns are quite easy to spot, a tactical pen is much more concealed.

This means that you can possibly enter various places such as bars or pubs, while your tactical pen is neatly attached to your pocket via a pocket clip as it’ll most likely go unnoticed.

Congrats, you now know what a tactical pen is – a self-defense weapon that looks like a regular pen.

But as opposed to a standard pen, your tactical model gives you plenty of extra functionality such as being able to break windows through its point end.

Above all though, perhaps the greatest benefit of carrying a tactical pen is its innocent appearance since it looks almost exactly like the real thing!

Have you ever carried a tactical pen by the way?

And if not – do you consider getting one?